Under normal circumstances, industrial valves are not subjected to strength tests when in use, but the body and bonnet or the valve body and bonnet damaged by corrosion should be tested for strength after repair. For safety valves, the set pressure and return pressure and other tests shall comply with the specifications and relevant regulations. The strength and tightness test of the valve installation should be done. 20% of low-pressure valves should be checked randomly. If they are unqualified, 100% should be checked; medium and high-pressure valves should be 100% checked. Commonly used media for valve pressure testing include water, oil, air, steam, nitrogen, etc. The pressure testing methods for various industrial valves including pneumatic valves are as follows: 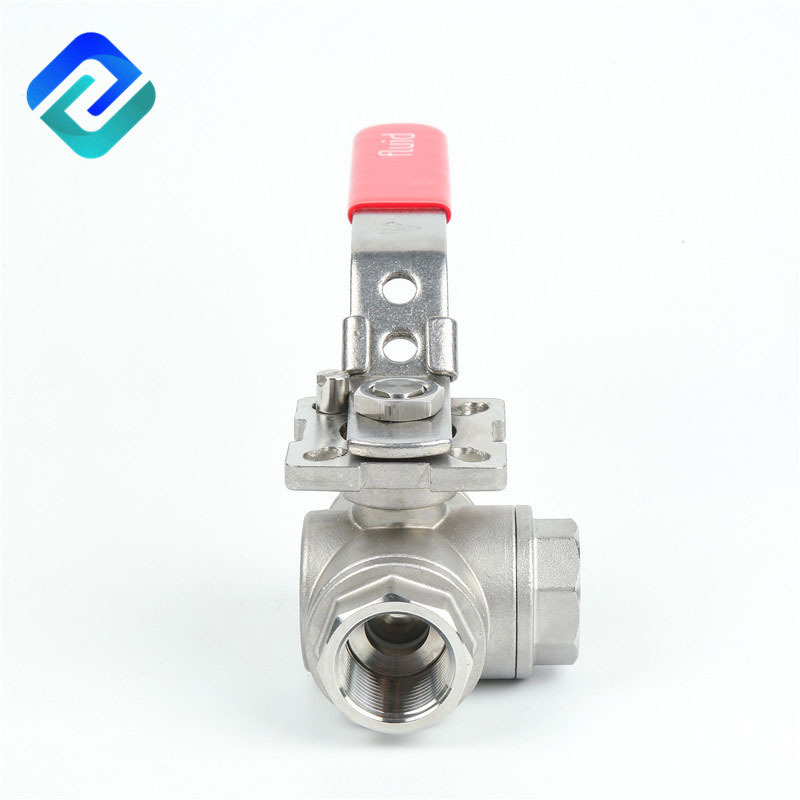 The strength test of the pneumatic ball valve should be carried out with the ball half open.

① Floating ball valve tightness test: put the valve in a half-open state, introduce the test medium at one end, and close the other end; rotate the ball several times, open the closed end when the valve is in the closed state, and check the sealing performance at the packing and gasket at the same time. There must be no leakage. Then introduce the test medium from the other end and repeat the above test.

②Fixed ball valve tightness test: before the test, rotate the ball several times without load, the fixed ball valve is in the closed state, and the test medium is introduced from one end to the specified value; the pressure gauge is used to check the sealing performance of the inlet end, and the accuracy of the pressure gauge is 0.5 ～1 level, the range is 1.5 times of the test pressure. Within the specified time, if there is no decompression phenomenon, it is qualified; then introduce the test medium from the other end, and repeat the above test. Then, put the valve in a half-open state, with both ends closed, and the inner cavity filled with medium, check the packing and gasket under the test pressure, and there should be no leakage.

③ The three-way ball valve should be tested for tightness at each position.

In the strength test, the test medium is introduced from the inlet end to the specified value, and the other end is closed. It is qualified if there is no leakage in the valve body and bonnet.

Tightness test Introduce the test medium from the outlet end, and check the sealing surface at the inlet end. No leakage at the packing and gasket is qualified.

5, the pressure test method of the plug valve

① During the strength test of the plug valve, the medium is introduced from one end, the remaining passages are closed, and the plug is rotated to the fully open working positions for the test. The valve body is qualified without any leakage.

② During the sealing test, the straight-through cock should keep the pressure in the cavity equal to that of the passage, rotate the plug to the closed position, check from the other end, and then rotate the plug 180° to repeat the above test; three-way or four-way plug valve The pressure in the cavity and one end of the passage should be kept equal, the stopper should be rotated to the closed position in turn, the pressure should be introduced from the right-angle end, and the other end should be inspected simultaneously.

A layer of non-acid dilute lubricating oil is allowed to be applied to the sealing surface of the plug valve before the test, and no leakage or enlarged water droplets are found within the specified time as qualified. The test time of the plug valve can be shorter, generally 1~3min according to the nominal diameter.

The gas plug valve should be tested for air tightness at 1.25 times the working pressure.

Diaphragm valve strength test introduces the medium from either end, opens the valve disc, and the other end is closed. After the test pressure rises to the specified value, it is qualified to see if the valve body and valve cover have no leakage. Then reduce the pressure to the tightness test pressure, close the valve flap, and open the other end for inspection. No leakage is considered qualified.

7, the pressure test method of the stop valve and the throttle valve

The strength test of gate valve is the same as that of globe valve. There are two methods for the sealing test of the gate valve.

① Open the gate to increase the pressure in the valve to the specified value; then close the gate and immediately take out the gate valve to check for leakage at the seals on both sides of the gate or directly inject the test medium into the plug on the valve cover to the specified value , Check the seals on both sides of the gate. The above method is called intermediate pressure test. This method is not suitable for sealing test on gate valves with nominal diameter below DN32mm.

② Another method is to open the gate to increase the test pressure of the valve to the specified value; then close the gate and open the blind plate at one end to check whether the sealing surface is leaking. Reverse the head and repeat the above test until it is qualified.

Pneumatic gate valve packing and gasket sealing test should be carried out before the gate sealing test.

① The strength test of the safety valve is the same as other valves. It is tested with water. When testing the lower part of the valve body, the pressure is introduced from the inlet I=I end and the sealing surface is closed; when testing the upper part of the valve body and the bonnet, the pressure is introduced from the outlet El end and the other ends are closed. No leakage of valve body and bonnet within the specified time is qualified.

The sealing test shall be tested with the nominal pressure value as the test pressure, and the number of times shall not be less than twice. No leakage within the specified time is qualified. There are two leak detection methods: one is to seal the joints of the safety valve, and use butter to seal the thin paper on the outlet flange. If the thin paper bulges, it is leaking, and if it does not bulge, it is qualified. The plastic plate or other plate seal is attached to the lower part of the outlet flange, and the valve disc is sealed with water. It is qualified if the water does not bubble. The safety valve constant pressure and return pressure test times are not less than 3 times, and it is qualified as conforming to the regulations. Various performance tests of safety valves refer to GB/T 12242-1989 Safety Valve Performance Test Methods.

You can email us

Please tell us what you need

Our engineers will contact you within 12 hours and provide free proposal and quotation.